Of all the social media platforms we’re going to discuss, Twitter is the medium most built for efficiency and speed. This is due to several mechanics.

First, Twitter limits its users to 280-character posts. Often seen as a hindrance, this is one of my favorite aspects. Twitter is the social media embodiment of William Strunk’s “Omit needless words” and actually forces you to make strategic edits to help capture attention in a concise manner. When I’m converting our website content to social media posts, I almost always start with Twitter because tweeting makes me get to the point and is often the best way to discover the “heart” of a story.

In turn, these bite-sized nuggets of information called Tweets make it possible for users to skim a lot of information really fast. Twitter’s feed is ordered, for the most part, chronologically (where Facebook and Instagram are decidedly not) which guarantees fast distribution (although not necessarily quality). The newest stuff is generally on top, making Twitter the place for what’s happening right now. Couple this with hashtags and trending topics and it’s not surprising Twitter is the preferred platform for breaking news.

And once that news is out there we arrive at the key player in the Twitter machine: the retweet button. At the heart of all social media platforms is the ability to share, and Twitter’s retweet mechanic is by far the most efficient example on the World Wide Web today.

Before 2009, Twitter users had to manually retweet each other by copying text, pasting it into a new window and physically typing RT before the OP’s handle all before hitting “send.” Twitter decided to build this behavior into its product — a standard practice in tech — and boy did they. Turns out, copying and pasting made people look more closely at what they shared and think about it just a smidge longer. But the retweet button has eliminated that friction and thus exacerbated outrage-sparked sharing and the wanton spread of misinformation.

[Side note: Facebook took notice and, due to their lack of viralability in the 2012 election, decided to add their version of a RT: the share button. Let’s put a pin in that and come back to it.]

Second, Twitter moves quickly and thus timing influences your success on the platform almost as much as the content itself. When faced with a breaking news type story, you have two choices: Break the news yourself or have Twitter break the news for you. (There are definite pros and cons to both strategies, but for this blog we’re assuming you want to be in control of your own story.)

And lastly, because Twitter is so fast and content is so easily shareable the platform can be responsible for fueling the momentum of false news. MIT researchers found that false news on Twitter spread faster, deeper and more widely than true news. Unfortunately, it’s not just influencers and Russian bots to blame; it’s ordinary Twitter users, with modest followings, who have a bias for the “sensational, unverified, emotional and false” … amplified by the millions. For communicators, this means keeping a vigilant eye out and constantly combatting the untrue.

Well, that’s all for now. Next up, Facebook. Until then 👋 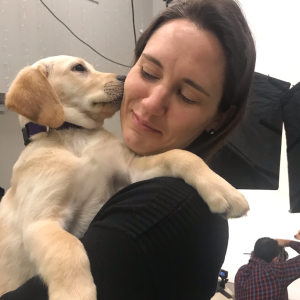