Doooooooon’t freak out…but we are here to talk about the Facebook algorithm.

In January 2018, Facebook announced it would be changing its news feed algorithm to prioritize content from “friends, family and groups.”

Zuckerberg himself said that his team would be “making a major change to how we build Facebook” including promising users that they’ll see “less public content like posts from businesses, brands, and media.”

Explain yourself! What does it all mean?

Content directly from publishers won’t perform as well unless people engage with it, which means businesses are going to have to work harder than ever to gain their customers’ attention on the platform.

“I expect that the amount of distribution for publishers will go down because a lot of publisher content is just passively consumed and not talked about.”- VP of News Feed Adam Mosseri via TechCrunch

They should find Facebook less of a black hole of wasted time viewing mindless video clips and guilty-pleasure articles.

Long-term, it should preserve Facebook’s business & ensure it’s still a major provider for referral traffic for news publishers and marketers, just less than before.

Many have shifted resources to invest in eye-catching, pre-recorded social videos, etc. in recent years. It sounds like this will no longer be a productive use of time.

As for definitive, long-term effects? The general consensus is that time will tell.

Mosseri admits that he expects publishers to react with “a certain amount of scrutiny and anxiety,” but didn’t have many concrete answers about how they should react beyond “experimenting … and seeing … what content gets more comments, more likes, more reshares.”

So for us that means business as usual in terms of creating the most compelling content. Our goal has always been ENGAGEMENT (shares/comments), but now more than ever.

Continue creating quality content that will promote conversation amongst users.

Experiment more with Live Video as it seems like it will be prioritized based on the engagement it gets on the platform.

Think about investing time in Facebook Groups as they are prioritized over Pages.

Brush up on your Ad spending skills & increase your budget. 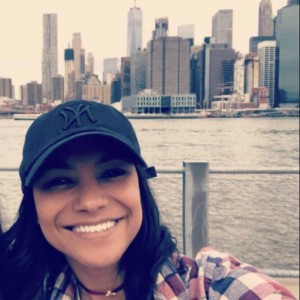 Lyndsi Lewis is the senior social media strategist for Duke. She joined the university in 2015 with a background in journalism and public relations. When she’s not on social, you’ll find her eating and drinking her way through Durham.
View all posts by Lyndsi Lewis →