Few things hold a captive audience for more than a few minutes in our busy media environment. That’s why the viral “2048” game stood out to me. After seeing a few hilarious examples using the 2048 game template around the web, our digital team brainstormed how we could make a Duke version.

We decided to reward those who played our version by offering prizes to whomever reached the coveted “2048” tile. We used photos from our @dukeuniversity Instagram account so when they reached the “2048” tile they could find the corresponding Instagram photo and comment on it to win. This also gave us the opportunity to show off beautiful parts of campus and the student experience to players.

The game was a big success! Not only did we have our two winners within minutes, but community members continued to play and post comments on the winning photo for days.

We knew the game was especially popular with younger audiences so we then made another customized version for admitted #Duke2018 students. We shared a link to this version via email communication from Duke’s undergraduate admissions office and saw immediate success again. Dozens of admitted students commented on the winning Instagram photo and even followed our account as a result. During Blue Devil Days (our recruiting events for admitted students) students and parents commented again and again how much fun they had playing Duke’s 2048 game. One parent even told us how her daughter saw a beautiful red bridge in on one of the game tiles that led her to search for the real bridge in the Sarah P. Duke Gardens when she visited campus! It was great to see our digital efforts pay off in real life.

We tracked over 2,400 clicks to both of the games over the course of our campaign. This was more than just a high click-through rate. It represented hours spent playing the games and getting glimpses of the Duke experience through our Instagram photos. We learned that it pays off to keep your finger on the pulse in order to latch on to larger cultural moments. By adding a Duke flavor to this one, we were able to connect to key audiences in an unexpected way. 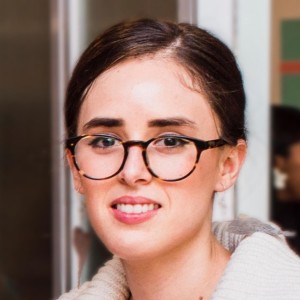 Amanda Sol Peralta ’12 is an editorial specialist for Live in the Grey, a New York startup that inspires people to find career fulfillment and helps companies foster more fulfilling work environments. She is a pop culture fangirl, social media addict and education advocate.
View all posts by Amanda Sol →