Launched earlier this month, the Duke News Tumblr has begun sharing the views of these and other university experts with journalists and other subscribers. Duke’s Office of News & Communications (ONC) designed the site on the increasingly popular Tumblr platform with rich graphics, video clips and other material.

Other recent posts have focused on fracking, LGBT issues and climate change, as well as on less-publicized topics such as free samples at Costco or California’s plan to ban plastic bags. 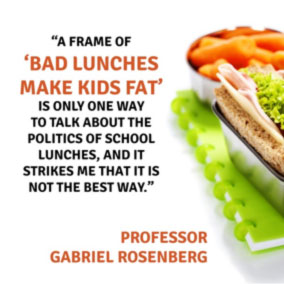 “Social media keeps growing in importance as a source for how people get their news,” said David Jarmul, associate vice president of news and communications.  “Over the past few years, we’ve shifted our strategies to keep pace on platforms such as Twitter, Facebook and Instagram. Now Tumblr is emerging as a player, especially with journalists and young people.”

Duke’s news office remains active on other social networks – more than 240,000 people have “liked” the main Duke Facebook page – and through more conventional approaches such as news releases, research reports, op-ed articles and video stories, as well as the Duke Today website.

“We’re constantly watching our audiences and experimenting with new platforms to reach them,” Jarmul said. “We quietly started our Tumblr a few weeks ago and solicited feedback from Duke alums active in the news media. They offered some excellent suggestions, and we tweaked the site accordingly. Now we plan to reach out to more people who might enjoy the material. Tumblr just keeps getting bigger, especially on mobile devices.”

Cara Rousseau was the social and digital media strategist for Duke until 2016. She holds an MBA and a bachelors degree, both from UNC at Chapel Hill, which causes deep inner conflict during basketball season. When in need of a Twitter consult, you can find her hanging out with her Rhodesian Ridgeback at their favorite food and beer spots in Durham.
View all posts by Cara Rousseau →