Although soccer is just starting to grab people’s attention in the United States, in other regions of the world it’s kind of a big deal—especially in Europe and Latin America. As a way to engage students interested in this sport with international history, languages and politics, Professor Laurent Dubois, from the Romance Studies department, teaches a class at Duke in which he analyzes the political, social and cultural impact of soccer around the world.

Besides touching an unusual subject, this class has another particularity: it is taught in four different languages—English, Spanish, Italian and French. Given the class’ global characteristics, our team produced a story both in English and Spanish touching on its different and unique aspects. Our goal was to highlight Duke’s innovative approach to teaching around a topic that’s interesting and newsworthy, with the World Cup starting in June.

This is when the social media component came to the table. How were we going to promote this content to our Spanish-speaking audiences? We had previously used Facebook ads to target stories in certain countries in Latin America, and we decided that this would be an opportunity to test this tool again with this story. For a week in April we ran an ad promoting the Spanish-language story about Duke’s soccer politics course. Our goal? Reach new Spanish-speaking audiences not following Duke on Facebook. 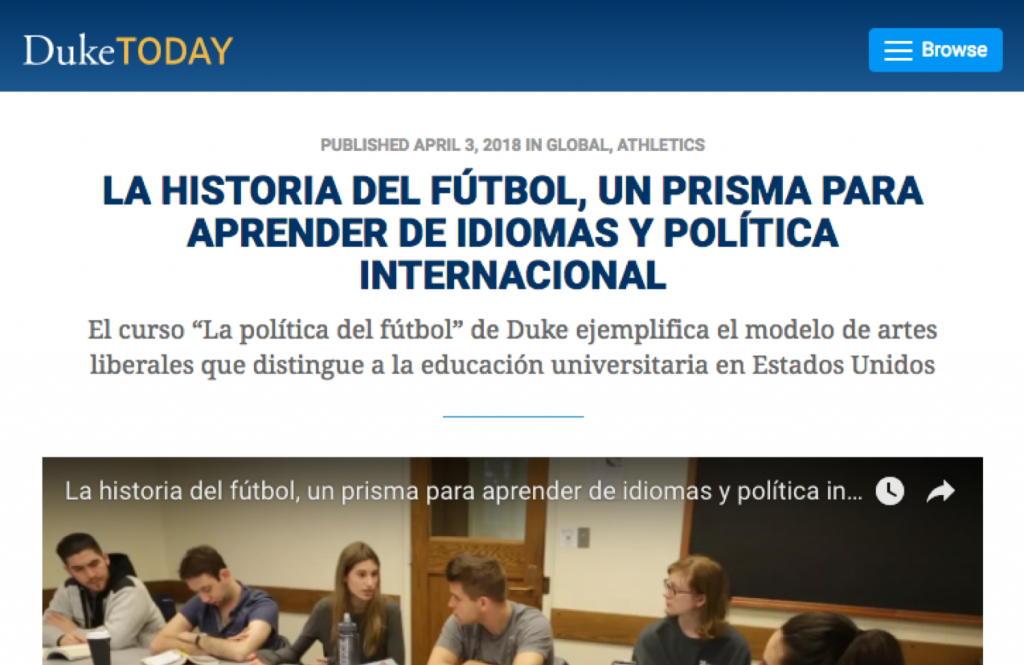 The results of the campaign were simply mind-blowing. Not only did the story become the highest performing story on Duke Today for the month of April, but we also gained 185 new Duke University Facebook page likes. The story generated 378 reactions (most of them overwhelmingly positive), eight comments and 140 shares.

We also got to learn a little bit more about our audiences. For example, the country in which this story generated the most engagement was Peru. Males between 18-65+ years old were the most engaged audience, and the majority of them came to our story through the Facebook ad, which was mostly viewed via mobile devices.

This experiment allowed us to test how our international audiences react to content tailored specifically to them. We are excited to keep experimenting with new forms of media to reach people outside of the United States with meaningful messages that resonate with their interests.

While our team has had strong success partnering with our admissions colleagues to host live YouTube chats connecting newly admitted students with current Duke students, those chats are generally not accessible to the significant number of students coming to Duke each year from China, where YouTube is blocked.

Our solution to this is to use WeChat, a popular Chinese messaging and social networking application, to connect our current students to admitted students from China for real-time conversations. 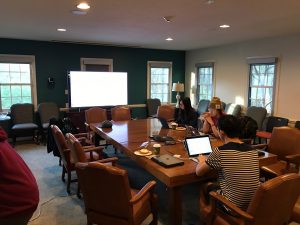 Regular decision results for admission to Duke were released on March 29, and on April 1 we hosted our live session with the admitted students.  A team of current students from China gathered at 8:00 a.m.  Durham time to share their Duke experiences and answer the admitted students’ questions about Duke.

The response and participation from admitted students was incredible: about 90 percent of the admitted students joined the chat group. Our student hosts had to shut the conversation down after about 70 minutes of questions and conversation across a range of topics, such as finding your “group” on campus, FOCUS, DukeEngage and other programs, when and how to choose a major, taking classes outside of your intended major, selective living groups, how to get basketball tickets, what the party scene is like on campus, and on and on. 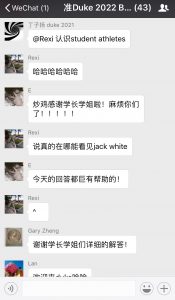 Duke’s Graduate School also hosts a similar chat session for its admitted students from China each year, working in partnership with graduate student hosts from China. 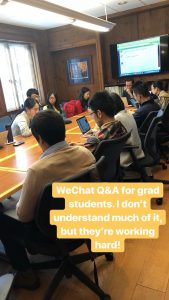 So now you know. If your institution is also home to a large population of Chinese students, it may be worth investing some time to tailor your efforts to connect with them around critical points in the admissions process.